Nothing can stop us ☺

A Science and technology research university, among the world's top ten, dedicated to the creation of knowledge and the development of human capital and leadership, for the advancement of the State of Israel and all humanity. 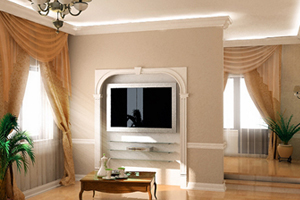 The History of the Technion

in the winter of 1924/1925, no one could have fathomed the impact that the Institute would have on Israel'social and economic development and global intellectual and scientific advancement.

From the begining in 1901, three Jewish intellectuals - philosopher Martin Buber, biochemist and the future first president of Israel Chaim Weizmann, and journalist Berthold Feiwel- brought to the attendees' attention the necessity of adopting a program of Hebrew culture, including the establishment of an educational institute for engineers to support the development of the future state. in 1908, the German-Jewish organization Ezrah Association, headed by Dr.Paul Nathan, set out to raise funds toward establishing what is known today as the Technion - Israel Institute of Technology.

Please make a gift to the Technion.

We beieve in the power of Technion ideas and innovations - please make more of them possible. Make a gift to the Technion today and support the revolutionary, inspiring research and education that benefits the State of Israel and improve the world.